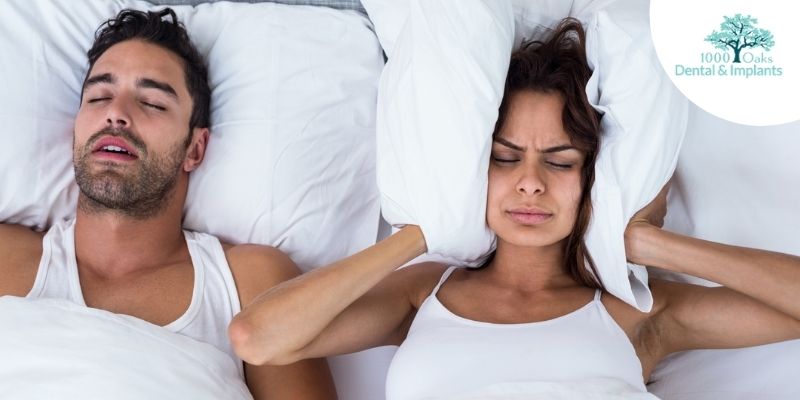 Sleep apnea is a serious sleeping disorder that happens when a person's breathing is interrupted during sleep. This interruption happens repeatedly during the sleep cycle, which means the brain, and the rest of the body may not get enough oxygen.

How Dentists Will Help?

Sleep disorders have received growing attention in most countries. It has a risk for other diseases, as well as it is bad for oral health. Dental Sleep appliances focuses on the diagnosis and management of sleep-related breathing disorders, including snoring and sleep apnea. Sleep apnea (SA) is a common sleep disorder characterized by the recurring collapse of the upper airway during sleep, resulting in sleep fragmentation and oxygen desaturation.

Dental appliance therapy and upper airway surgery is the treatment for this. Dentists have been classifying and treating sleep apnea, owing to their understanding of the oral and maxillofacial anatomy; many have integrated their treatment into their daily practice.

Sleep apnea causes a reduction of the oxygen supply to the brain and other parts of the body. Sleep quality is poor, which causes daytime drowsiness and lack of confidence in the morning. People with SA(Sleep apnea) may also experience the following symptoms:

There are three types of sleep apnea:

This is the most common type of SA, in which the airway has become narrowed, blocked, or floppy.

There is no blockage of the airway, but the brain does not give the signal to respiratory muscles for breath.

This is a mixture of obstructive and central sleep apnea.

The goal for the treatment of sleep apnea is to make sure airflow is not obstructed during sleep. Treatment methods include:

This may mean simply just not sleeping on your back.

This is a device that enhances the breathing system while you sleep. This device supplies air through the nasal passages, and the air pressure keeps the airway open while sleeping.

According to the Pedram Sooferi, dental upper airway surgery may be recommended when other alternative treatment options are unsuccessful for eliminating the symptoms of sleep apnea. Depending upon the location and nature of the airway difficulty, the procedure may be minimally invasive or more complex. It may also be necessary to remove the tonsils or other parts of the soft palate or throat.

There are several factors which  contribute for  blocking or collapse of the airflow at the sleeping time:

Extra thickened tissue or unnecessary fat reserves around the airway can reduce the airflow, and any air that moves past can cause the loud snoring typically linked with sleep apnea.

SA occurs due to failure of proper signals from the brain to the muscles. Sleep apnea (SA) is usually associated with an underlying medical condition, such as a stroke or heart failure, recent ascent to high altitude, or the use of pain relief medication.

You should always talk to your dentists if you’re experiencing daytime drowsiness or consistently having problems sleeping. Sleep Apnea has many different dental treatment options that can make symptoms manageable. Your dentist will provide a dental treatment that gives you relief from Sleep Apnea.